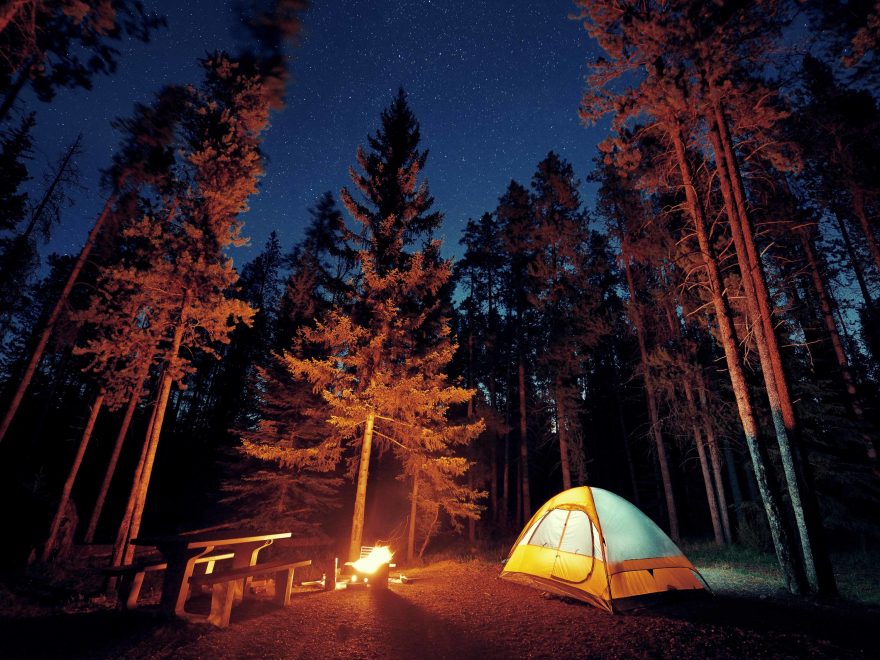 You need camping equipment to make your stay in the countryside, where you’ve already put the tent, as comfortable as possible. Camping has for some reason started to be called camping, but since the camping equipment is still called equipment, in this sequel to the camping series we will provide you with basic information about this term that doesn’t bother anyone (at least when it comes to its meaning) and after reading this text you will know what to have from the equipment, whether everything is necessary, what is in the accessories and how important improvisation is when camping.

In the past, we explained where the camp is made, what kind of tent you choose to camp in, and how to set up that tent in the first place. As you can see from it, camping involves owning certain camping equipment. Choosing the things you take camping is crucial to staying alive, healthy, dry, full, gas, and safe . While you’re protectively grabbing your wallet and thinking “these guys want to take from us some money,” let us tell you that camping is primarily a cacophony of improvisation, so some things are widely available and cheap.

Having a tent is a great thing we’ve pointed out in our writings so far. However, in that tent you need to sleep, you need to keep warm, you need to eat something. Camp equipment depends on choosing campers, and the basic things you need to bring are a sleeping bag, a bag cover, a flashlight, a primus, as well as a knife, and we would add an ax and a shovel.

Before choosing camping equipment, you should know what you need: it’s not the same if you’re going camping at sea or on the mountain. Also, the seasons when they camp are important, but above all the question of how many days and in what conditions you will camp.

Believe it or not, the camper is a man who sleeps too. Although, he can lie down where he likes, any camper knows he should own a sleeping bag. Not only should he own it, but he should also use it, or sleep in it. It’s fair to say that a sleeping bag is basic camping gear, if we exclude the tent, although they are inseparable in some way.

What’s important about the sleeping bag

The first thing to know when choosing a sleeping bag is that depending on the weather conditions when camping there are sleeping bags for winter weather, summer weather, and winter periods, which means that these are bags in which you will sleep in spring and autumn, as well as on colder summer days and nights.

It’s not always the rule that fat bags get more expensive, or that thicker bags are necessary for cold weather. Today, with modern materials, the price of a sleeping bag depends on the quality of the fabrication, manufacturer, and season for which it is intended.

The bags for cooler conditions are mostly in the shape of a mummy, which means they’re wide up there and narrow down there and they have a hood on their head. These bags are called Kocon bags and they follow the body line. Cooler conditions vary, so we can say that below 10 degrees are a “cooler condition,” and the lowest temperature can go to a thick minus. Check all that when buying a bag, because you’re unlikely to sleep at -30 degrees unless you’re going to Antarctica.

Modern bags are mostly lightweight (from 500 gr, up to 1.5 kg) and are very compact. For example, you can find a sleeping bag that weighs only 600 grams and is packed in its holster. The size of a rolled-up hoodie, and can sleep comfortably at a temperature of only + 5 degrees Celsius. The math is simple, at least looking at the weight of the bag: if a tent for three people weighs approximately 3.5 kg, with a bag like this, the weight of the equipment reaches approximately 4.5 kg. If, for example, three go camping, one can carry a tent, while the remaining equipment, along with sleeping bags, can be distributed to the other two.

The aforementioned improvisation as an integral part of camping and staying in nature in general, for example sleeping bags, is reflected in the fact that you can actually buy a sleeping bag wherever you find it. They’re sold everywhere today, so they’re in mixed-use stores. Except they’re not on the newsstands. Likewise, because of their price and availability, military sleeping bags are popular, which we wouldn’t recommend because of their weight, but it’s up to you to decide.

How important is the quality of the bag

However, special attention should be paid to the quality of the bag making. Bags of renowned and experienced manufacturers cost more but are paid multiple times primarily for quality, as well as because of temperature specifications that are mostly accurate.

How to sleep in a sleeping bag

It’s not all that simple, is it? You have a sleeping bag and you lie in it and fall asleep. That’s how it happens, but here’s how you actually sleep in a bag during camping, and in general, which many beginners don’t know.
On colder evenings, they make the camper put it all on and lie in the bag, which is a big mistake. Then you’ll get even colder in the bag, and you can sweat and catch a cold and then camping. So, in a sleeping bag you lie as scarcely dressed as possible – underwear and a T-shirt, or in very thin pajamas.

The concept of a sleeping bag is such that it maintains body heat, returns it to the body, which means it is most comfortable if the bag directly touches the body. If you don’t have the right bag, put excess clothes over the bag or stuff them in a bag next to you, and it’s not bad always to carry with you the extra blanket that is always needed camping.

We all love our soil and there’s nothing to dispute. However, love for our soil does not mean that love will keep you warm if you lie directly on it. This is an extremely important part of camping equipment because it has multiple functions.

Although tents have their own floors, the ground is colder than the air. So, the first function of the bag mat is to keep you warm. Likewise, this stone of your land, whatever its affective value, can sting you in the kidney while you sleep on it. Who knew- and you didn’t see him when you were setting up the tent. This is the second function of the sleeping pad, which is to ease the terrain or bumps below you, to make your sleep more comfortable, and above all possible. We’ll dedicate a special text about sleeping bag pads, but for you as a beginner, you need to know that you should have them.

What kind of bag mats are there

Sleeping pads have a variety of, from inflatable, self-inflatable to rubber, from beach mattresses to good and durable inflatable mattresses. As with choosing a sleeping bag, it’s important to know where you’re headed and choose stationery. However, pay attention to two things. If the surface is smooth and you’re not on a flat court, you can skate all night. Also, if you’re wearing an inflatable mattress, don’t forget that the pump takes up a lot of space, and it’s not easy. A sleeping bag and a bag mat are the basics of sleep. Now let’s move on to the rest of the camping gear without which you shouldn’t be planning camping. Eh, yes- if you’re wondering what to put under your head, we can’t help you there. Bring any pillow, and it can often serve as a pillow a backpack, or other bag containing your wardrobe.